During the Fall City Memory Book Project, many remembered a concrete, above-ground swimming tank located for a few years along Preston-Fall City Road. Little was known about it until Andy Herndon, current owner of the property, donated glass plate negatives showing the Raging River Auto Camp in operation and furnished background information on it. In the permits for the project, the swimming tank was described as 65 feet long, 35 feet wide, with depth varying from 3 feet to 9 feet. Several cabins were to be included along the Raging River.

The short life of this Auto Camp, which opened in about 1930, may have been in part due to the poor economy in the Depression. It may also have been badly damaged in the Raging River Flood of 1932. 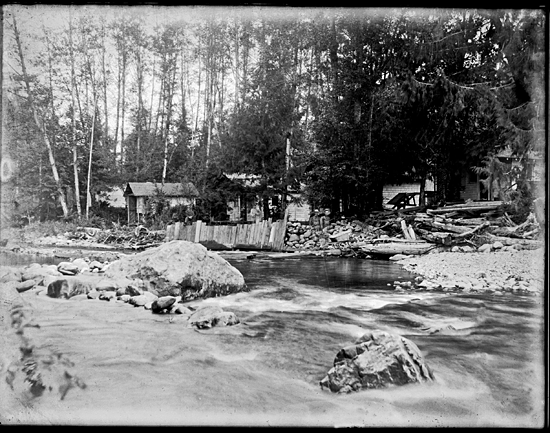 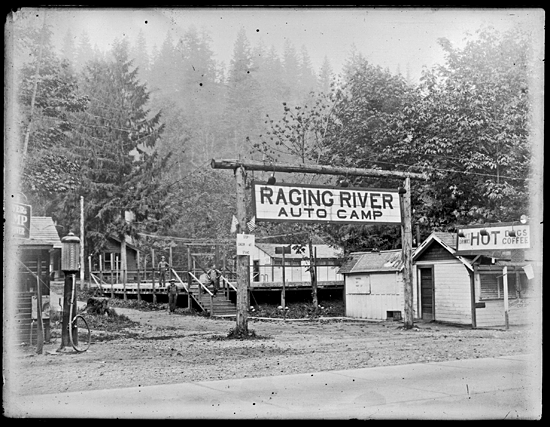 Cabins along the Raging River, at the west side of the property.