What is happening now that is tomorrow's history?

The Northwest Honkers are a semi-pro baseball club that is a member of the Pacific International League (PIL) and is a mixture of college-age players to ex-professional ballplayers. The Honkers were founded in 2010 by a group of former collegiate baseball players originally from the Seattle area. In their five years of existence, the Honkers have been in search of a community to call their home and are excited to have found that home right here in Fall City! The team will begin the 2015 summer season playing their 15-20 home games on the Fall City Community Park baseball field. The season runs from the end of May to the beginning of August, with the first official home game on Sunday, June 7. Read more . . .

This photo of Fall City Roadhouse, taken in March 2010 by Larry Evensen, shows the latest of many businesses over the years who have occupied this historic building. For background history on the building, see section from Jack's History of Fall City. 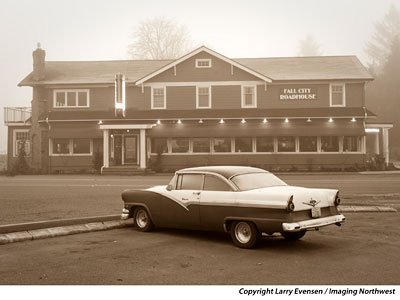 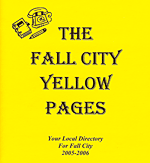 Fall City published the second Fall City Directory in 2013, (download complete directory as PDF), following an initial publication of the Fall City Yellow Pages in 2005. This local listing of businesses and community groups will be an important snapshot for historians of later times.

When one turns west onto I-90 at the Fall City onramp, springtime brings the cheerful mystery of a showy display of daffodils blooming in the grass of the median. We found out in 2013 that these are a "memorial garden" planted by the Morgan family, starting in 1991 when 100 bulbs were planted in honor of Carrol Morgan. See newsletter article 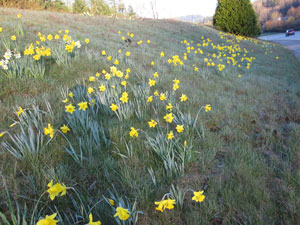 Fall City folks, please contact us and share your adventures and photos around the Seahawks Superbowl victory and celebration! A time to remember!

Photographs of current events...floods, heat waves, storms, community projects…are good additions to our collection. (Be sure to give us full information about the photo and your contact information so that we can obtain a simple agreement allowing the use of your photos.) Aerial photos are always welcome.